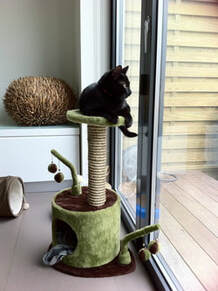 "We have used Janet's pet sitting services on a number of occasions, from the odd emergency stop in to longer term planned holidays.

We have always found her to be professional, flexible and trustworthy but most importantly she is a real animal lover and you know that your pets are getting the attention they need.
​
We have absolutely no hesitation in recommending Janet."
​
Grant & Kathy (Clapham) 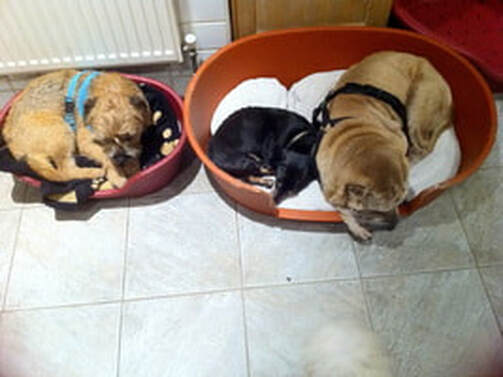 I just wanted to let you know how happy we were that you were able to spend a week with our dogs and cats.
They were so happy and obviously well looked after whilst we were away.

It was so important to us that they were not taken out of their routine and the puppies training was on-going.
We came home so relaxed and happy that they were all content and well looked after.

Hopefully you have some spare time in April because we have a date in Paris for a few days and would appreciate you coming around to house, dog and cat sit again."

"Last year I was travelling a lot and needed Freddie (my big rescue cat) to be looked after at home as he is quite nervous and I wasn't happy leaving him in a cattery.

​I used Janet to look after Freddie numerous times over the last 6 months on both a long and short term basis. She has been a fantastic benefit to me as she is very reliable, even at short notice, and really cares about Freddie who in turn has become very fond of her. Whenever I returned after a trip abroad the house was always left in an immaculate state and Freddie in a very calm and happy mood. I would gladly recommend her to anyone." 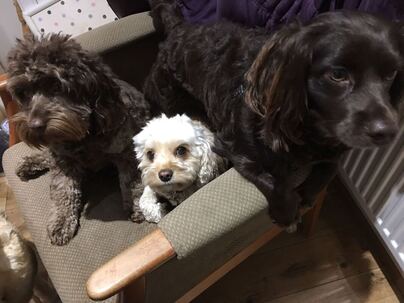 "Janet is a fantastic dog sitter. Not only does she love the dogs as if they were her own but she goes out of her way to be as helpful and accommodating as possible.

I wouldn’t leave my dog with anyone else!"